This is an archive of the 2013 version of ocTEL. 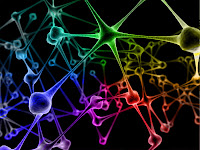 I’m currently involved in running professional development sessions for staff looking at how they can use various technologies, including our VLE (Blackboard) in their teaching and development. The aim of the sessions is to showcase what the various technologies can be used for and try to stimulate interest and enthusiasm among teaching staff, rather than ‘click-after-me’ style training sessions.
The latest session I ran was about Developing a Personal Learning Network, so I’ll look at that in relation to learning styles. As staff are so time-poor, we’re currently experimenting with giving a one-hour session which is largely aimed at showcasing examples, giving the rationale for using certain technologies and discussion of the issues, followed by a ‘free practice’ practical session which staff can choose to stay on for if they want to try things out and get support while they do so. The session is also supported by a website and a Blackboard module which contains examples of the technology tools covered in the session, links to further information (both theoretical and practical), a Discussion Forum and so on, which allows staff to catch up, fill in the gaps as and when they have time.
For the learning styles task, I tried to breakdown the four types of learning style (diverging, assimilating, converging, accommodating) outlined by Kolb into the types of learning approach/activity related to it, then thought about how I try to include these in my sessions.
(I’m uneasy about pigeon-holing individuals into one of these specific learning styles. In my view, many learners display different traits which could belong to any of these styles, depending on what they’re learning, who they’re learning with, their level of motivation etc. I also notice that Kolb has recently expanded these 4 learning styles to 9 (Initiating, Experiencing, Imagining, Reflecting, Analyzing, Thinking, Deciding, Acting and Balancing) which makes me wonder what happened to the original 4 mentioned below…
Having said that, despite my suspicion of learning styles generally, I do think there’s some merit in thinking about learning styles, and trying to identify learners who have more of one kind of style than another, even if only to remind ourselves that when it comes to learning, one size doesn’t fit all.
Developing a Personal Academic Network 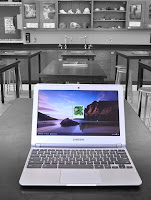 For Activity 21 of Week 6 we were asked to discuss the relationship between technology and pedagogic theory and practice, drawing on your own context and experience
What is your own experience and view?
In a teaching context, I have often found myself in the position of trying out new technologies with students as a new way to achieve certain learning outcomes, without actively framing this process in pedagogical terms. For example: A couple of years ago, with a group of English language learners, I started using my smartphone to record small group discussions. I was simply using the technology as an easy way to record learners and to provide them with that recording. I then had the idea of uploading the files to Soundcloud, an app which is generally used for music sharing. From using the app myself, I knew that it was possible to comment at specific times on the timeline of a recording so I decided to upload the student discussions to Soundcloud, give them access and ask them to listen to their own contributions to the discussion and comment on various aspects. I then asked them to make a comment on each of the other students’ contributions in their group. This was followed up in a face to face class looking at general feedback of what they did well and what they could improve.
When doing this, I wasn’t actively considering theoretical frameworks, just thinking it might help build learners’ awareness of their own contributions to the discussion and allow them to focus on some of their mistakes/errors. I suppose I could call this a social constructivist approach, but how many practitioners actually think in these terms in their day to day teaching?
Do you regard either pedagogy or technology as more significant than the other?
Does one have to be more significant than the other? In the above example, the revelation of what a powerful tool a mobile phone can be in a classroom setting, coupled with the particular format of Soundcloud allowing timed commenting were both crucial to what I was doing – they were the catalyst to try something new. However, I wasn’t trying something new just because I was dazzled by the technology, but because I saw potential to enhance my teaching practice. I could equally have come at it from another angle. i.e. my learners lack opportunities to reflect on and listen back to their speaking, how can I allow them to listen again and comment on their own and others’ contributions and help to raise awareness of some of their most common language problems? And from there selected a tool to fulfil that aim. The perhaps often ignored role of technology here was that it actually encouraged me to reflect on and develop my practice in new ways.
How do technology and pedagogy influence each other?
There’s no doubt that technology can and does influence the way we teach, at least in most ‘developed world’ contexts. It’s easy to look at my teaching now, and compare it to my teaching 15 years ago and list the changes brought about by technology. However, I like to think that most of those changes were accompanied by pedagogical considerations (conscious or otherwise), and that I wasn’t simply employing new technologies in a ‘bells and whistles’ spirit, because they were shiny and new.
For me the real interest and focus should be on how the context for the learner has changed. The OED defines pedagogy as “the method and practice of teaching, especially as an academic subject or theoretical concept”. Looking at the etymology of the word it seems to derive from words meaning child and lead, so to lead the child. If we’re leading our learners from A to B and there’s one, well-defined path, then maybe that’s relatively simple. But what if there are thousands of alternative paths? What if our learner may not actually want or need to go to B, but instead needs to get to C or D? Is that not, in some ways, what is happening now?
From the other MOOC I’m currently doing (ocTEL – am I connecting ‘nodes’ here?), I’ve come across the term ‘heutagogy’ which I think is potentially interesting (at least for my own context) as it places the emphasis firmly on the learner. Here’s a quote from an article on heutagogy by Lisa Marie Blaschke
“Heutagogy applies a holistic approach to developing learner capabilities, with learning as an active and proactive process, and learners serving as “the major agent in their own learning, which occurs as a result of personal experiences” (Hase & Kenyon, 2007, p. 112). As in an andragogical approach, in heutagogy the instructor also facilitates the learning process by providing guidance and resources, but fully relinquishes ownership of the learning path and process to the learner, who negotiates learning and determines what will be learned and how it will be learned (Hase & Kenyon, 2000; Eberle, 2009)”.
Of course, this implies a certain ‘maturity’ on the part of the learner and may not be relevant to certain teaching and learning contexts. Nevertheless, it seems to be viewed by some as particularly relevant to the current socio-technical learning environment characterised by Web 2.0 tools. It also appears to be quite a good fit with openness, MOOCs and connectivist approaches. Fred Garnett talks of the PAH continuum (Pedagogy – Andragogy – Heutagogy) and describes the idea of heutagogy and the open context model of learning
Do you have experience where either technology or pedagogy has been given more weight than the other?
Yes! Both. But I’ve run out of time… J
Read more ›
Tagged with: #h817open