This is an archive of the 2013 version of ocTEL.

#ocTEL Week 10 – Activity 10.3 Extended: An Evaluation of my own participation in #ocTEL 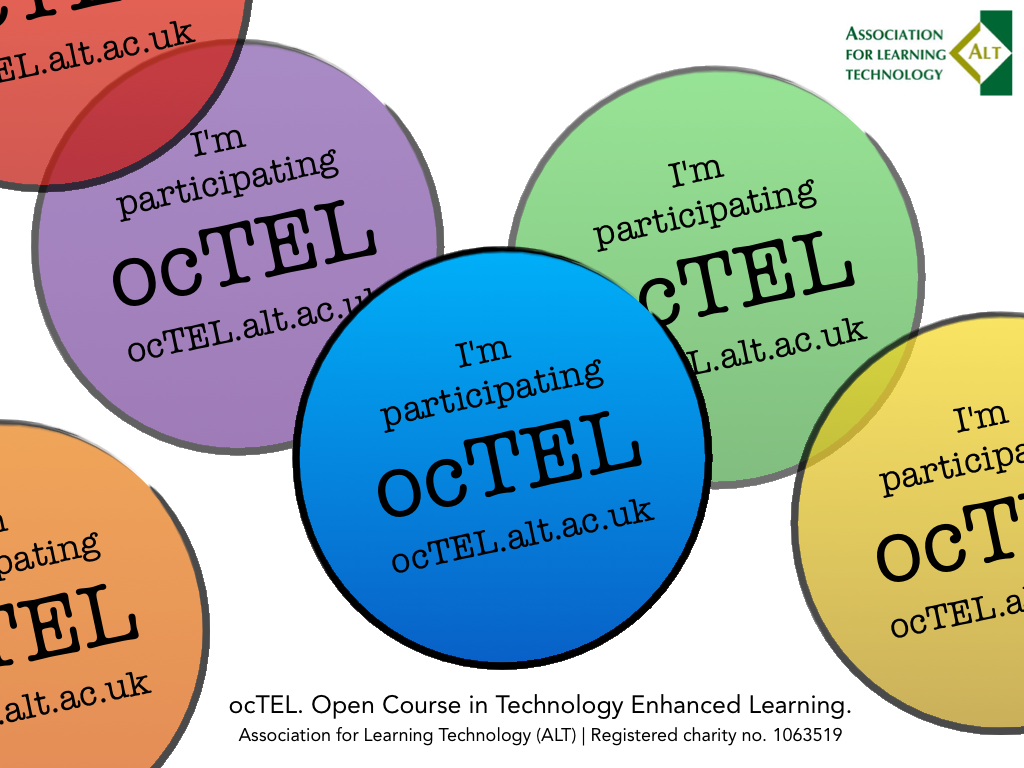 I’m finally joining in again at the end.  As ocTEL is finishing this week after its first run and I have been being a lurker rather than an active participant since week 4-5, although I did tutor on week 5 and 7.

Tutoring was good but often meant that in terms of time I had to choose between this and completing own octel activity work….Tutoring won on those occasions.

Whilst MOOCS have a high drop out rate I was determined not to totally drop out.  However, realistically for over the past few weeks it feels like time wise something had to give and that was ocTEL.

Anyway, looking forward to reengaging with octel for this final week and this was my choice to some extent

After marathon training taking up a lot of time, then running the marathon in Edinburgh at the end of May I was frantically back at work for 4 days before going to Paris on holiday until last week and now trying to catch up at work.  The weekend since was full of nice things like meeting friends and milestone birthday celebrations and spending time with my wife after marooning her every every weekend since February due to running/marathon training.

I felt this is important to again highlight the approach taken mid-ocTEL where David Jennings iterated in an email that participants should not feel guilty for dropping out or missing some weeks.  This was really important to highlight as I feel it’s often human nature to feel guilty about commitments that appear to have lapsed, especially after an enthusiastic start.  Maintaining momentum is always tricky in so many areas.

Plans for the future

Recognition of participation that has taken place.  I thought it was important to highlight that the use of the ocTEL badge guidance  was to highlight ‘participation’ and not ‘completion’. Which highlights the nature of MOOC participation and the idea of dipping into as well as full linear progression as methods of engagement.

Thank you to ALT for running ocTEL, for the warm participants and the experience to be a tutor…. Roll on future cohorts of ocTEL and continued discussions!